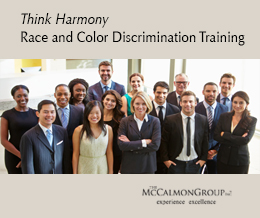 Two recent incidents in Wisconsin highlight the need for corporate vigilance as to threats of violence.

In the first instance, an employee at a Menards Distribution Center was told by another employee of his plans to "shoot up the place." The employee making the threats also told his coworker that he had killed 34 people while he was in the military. He also admitted he had texted his girlfriend that he was "going to kill everyone", although later, he told investigators that was "a joke".

The employee was arrested for making terrorist threats and for disorderly conduct. A search of his home resulted in the discovery of four rifles and hundreds of rounds of ammunition. He also had a 9mm handgun and ammunition in his car. If convicted, he faces nearly four years in prison.

In another instance, while in the county jail in 2017 for violating conditions of his probation on earlier convictions, a defendant wrote a letter to a friend, in which he detailed his post-release plans. Those plans included a name change, and then the killing of several public officials - the district attorney and his assistant, the judge, the defendant's probation officer, and her supervisor. Finally, the man stated he planned to blow up the courthouse. Jail officials intercepted the letter. The man was charged with four counts of threatening a judge, prosecutor, or law enforcement officer.

A jury found him guilty on all charges, and a judge imposed the maximum sentence of seven years for each count, to be served consecutively. The defendant will now spend 28 years in prison and remain on supervised release for 12 years after his release. "Man charged with threatening mass shooting in Eau Claire, while another gets 28 years for threats against judge and DA" www.jsonline.com (Aug. 21, 2019).

Although the federal Occupational Safety and Health Act of 1970 (OSHA) does not have a specific standard for workplace violence, it does set out the extent of an employer's obligation to address workplace violence. This is governed by Section 5(a)(1), known as the "General Duty Clause." This states that:

"Each employer shall furnish to each of his employees employment and a place of employment which are free from recognized hazards that are causing or are likely to cause death or serious physical harm to his employees." 29 U.S.C. 654(a)(1)

In addition to OSHA, other sources of potential legal liability for workplace violence include liability under state versions of OSHA; worker's compensation for injured employees; tort liability relating to failure to provide adequate security; as well as tort liability for injuries to third-party victims resulting from the negligent acts of people under an employer's control.

Employers should create an internal threat assessment to study the inherent risks of your workplace. Conduct a work site audit of the physical layout and current security measures.

Train employees and develop their awareness of potential threats. Avoid having one designated safe room and widely publicizing its location to everyone. Employers must remember than an active shooter may well be one of their employees who went through the training, and this could turn a safe room into a target.

The Department of Homeland Security has created practical training materials for how to respond to any active shooter. These steps include:

Finally, your opinion is important to us. Please complete the opinion survey:

Taking Operations Offline: Not Without Risk, But Effective

Storing backups and the most sensitive data off the internet is a great cybersecurity practice. We examine. Read More

Malware Drops On Your Mobile Device: How Can You Protect Yourself?

AirDrop has become a vehicle for child pornography and malware. Learn how to protect your device when using AirDrop. Read More